Anita Yan Wong, M.F.A., is an Asian American painter best known for her expressive brush strokes and unique style of “Contemporary Traditional” paintings that defies tradition and modernity. Nature is the main inspiration for the artist. With her background in creating moving imagery, Anita explores the movements of subjects and passage of time with her fast-moving brush, which is why animals and natural elements represent recurrent topics in her work.

The ocean can’t speak for herself verbally but she is whispering to us daily. The three visual poems titled Dance of the ink creature; The plastic predator and Whisper of the winter branch are part of a larger collection of work titled Nature’s poem. The first and second poems in this collection feature animals (such as octopus, sharks and sea rays) affected by ocean pollution along with a third poem highlighting abstract calligraphy formed by pieces of driftwood.

Similar to the energy and abstract appearance behind traditional Chinese Calligraphy done with ink and brush, the animals in each poem are supported by a strong skeletal structure –visually simple, dynamic and elegant. The framework highlights the beauty of the subject, at the same time contains and conveys a deeper layer of emotion/reflections of the calligrapher (artist) toward the environmental problems we are facing today.

Environmental issues highlighted in each poems –

Dance of the ink creature

Squid and octopuses sense sound and experience sound pollution in the oceans. Study found that squid, octopus and cuttlefish exhibited massive acoustic trauma harmed by the growing noise pollution in our oceans.

Studies show that there are trillions of microplastics in the ocean. Sharks and Sea rays are eating and swallowing hundreds of pieces of plastics every hour because of ocean pollution. Many of the plastic fibers were synthetic cellulose, the material found in hygiene products such as face masks during the COVID-19 pandemic.

Whisper of the winter branch

An action of Mother Nature, speaking to us with winds, tides and waves carrying wood/driftwood that forms the final nature’s poem – Whisper of the winter branch. What is Mother Nature saying to each of us? 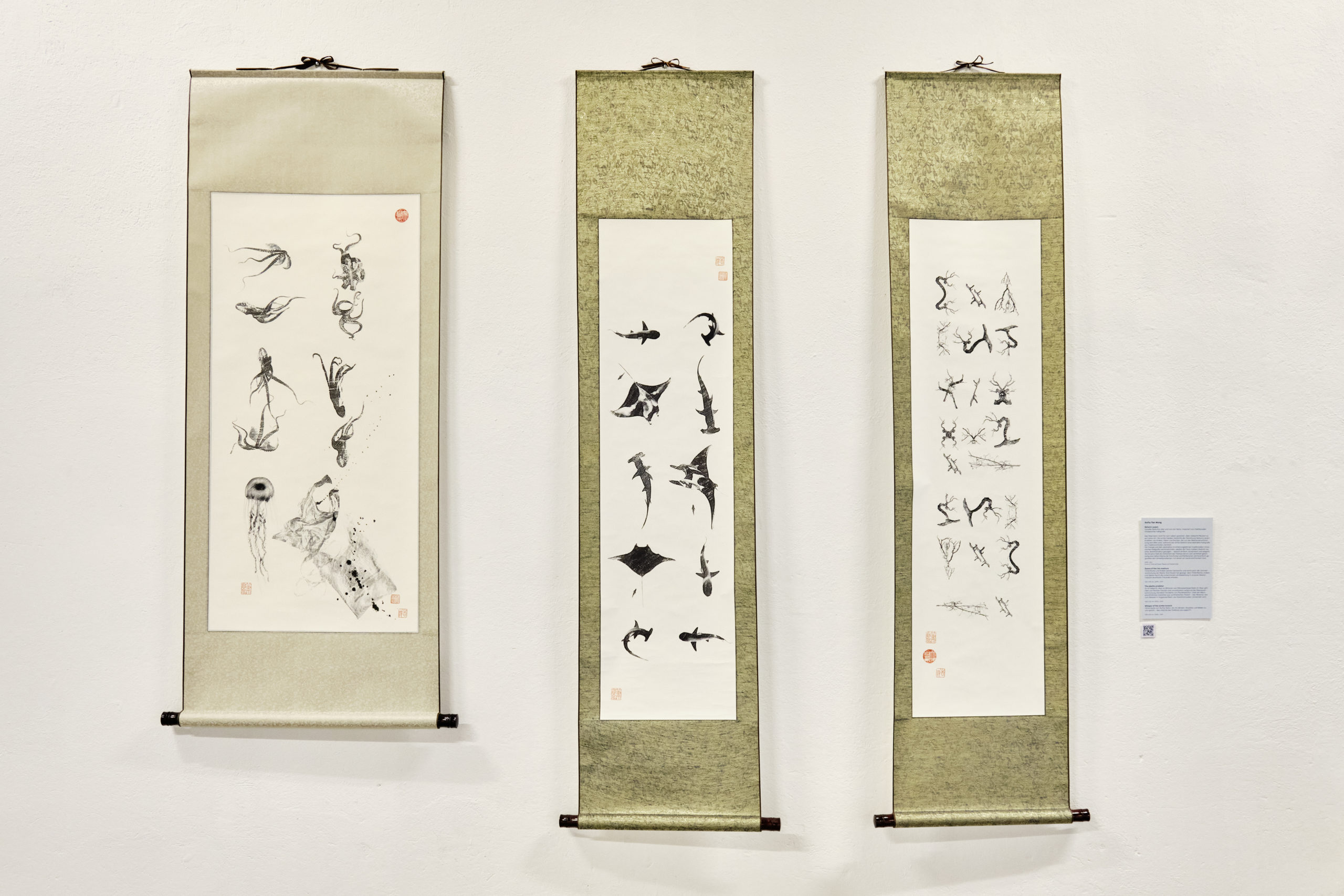 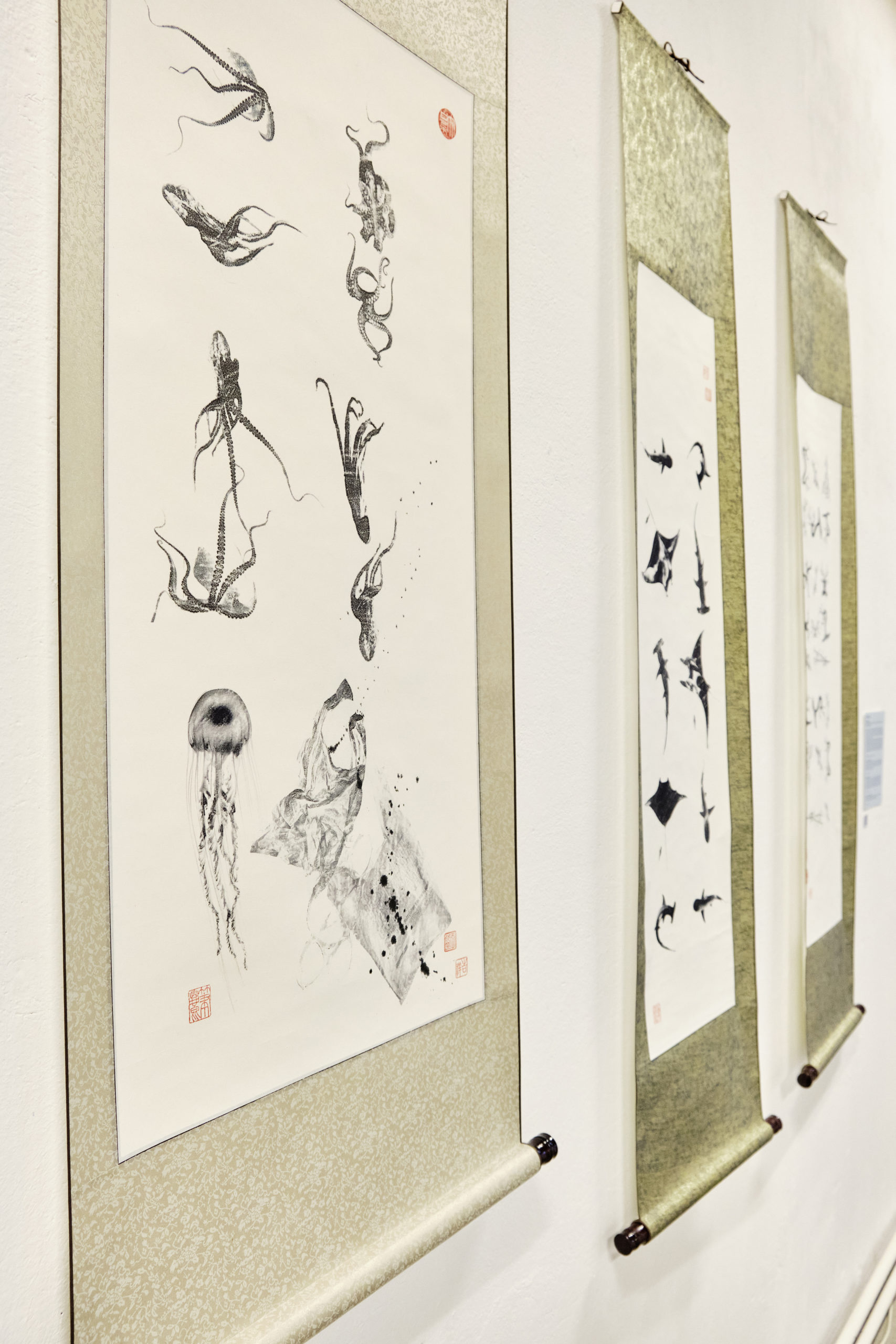