Kari Varner explores representations of the landscape through the photographic image. Her current practice focuses on the role that industrialized agriculture and the channelization of our waterways have in profoundly altering our land and water. The ongoing series “Monett & Sedalia” uses Algae to generate images that explore the negative impacts of intensive animal farming and their contributions to annual algal blooms in the Gulf of Mexico.

In the series Monett & Sedalia photographs depicting two Tyson chicken plants and the surrounding waterways have been grown in the microalgae Chlorella Vulgaris. Tyson is one of the largest contributors to the dead zone that forms annually in Gulf of Mexico. These images grown in algae explore the fragility of nature and ongoing impact that industrialized agriculture has on our waterways.

“This project started in 2018 when I began to research and then photographed two Tyson Chicken plants and the surrounding waterways in rural Missouri. The towns of Monett & Sedalia were fascinating and so was Tyson’s profound effect on these communities but the images felt incomplete. After turning to other work, I came back to these photos and thought about what it would mean to grow these images from algae. Tyson Chicken is one of the single largest contributors to the algal bloom and the dead zone that forms annually in the Gulf of Mexico.

To get to this point there have been many failures along the way (some which are pictured here), but since the images are formed from living microalgae the work is very much a collaboration with not always predictable results. In this work the cycle continues as the algae grows and dies with only the document of the image to preserve it.”

Images 1&2: The medium for the work is the microalgae Chlorella Vulgaris. The algae, which requires water, nutrients, and salt to grow, begins as a light green color before turning a deep forest green once it has grown and is ready to harvest.

Image 3: The series of photographs from the work Monett & Sedalia, were originally taken in 2018 and depict two Tyson Chicken plants and the surrounding waterways. The plants, located in the Missouri towns of Monett & Sedalia have both been subject to lawsuits and fines due to environmental damage from illegal dumping.

Image 4: To produce the algaegraphs, the digital photographs were converted to negatives and printed on a transparency film.

Image 5: After a week of constant exposure from an LED bulb, the image appears within the algae. The areas that received more light become a deeper richer green, while the lighter areas of the images remain a more vibrant yellow-green.

Image 6: The resulting images are photographed and scanned while the original print formed from algae will eventually dry up and die.

Image 7: The American company, Tyson Brands, is one the single largest contributors to the dead zone that forms annually in the Gulf of Mexico.

Image 8: While Tyson water treatment plants, like the one picture here, have slightly improved the quality of effluent, huge amounts of nitrogen rich fertilizer continue to be released into American waterways.

Image 9: By using algae as the medium for the work, I and my work are implicated in the connected systems that lead to the degradation of our rivers and oceans.

Image 10: Working with a living material has resulted in my studio looking much more like a lab as images from the series form and then dissipate.

Image 12: There have been many failures along the way as I refined the levels of light and nutrients needed to grow the algae in my makeshift lab.

Image 13: Ultimately as I continue to produce images in this series, I would like to bring the growing process into the exhibition space so that viewers can witness the transformation of the algae and see the work forming in real time.

Image 14: Using a living entity, this series reflects the mutability and fragility of nature while highlighting the ongoing cumulative impact that industrialized agriculture has on our waterways. 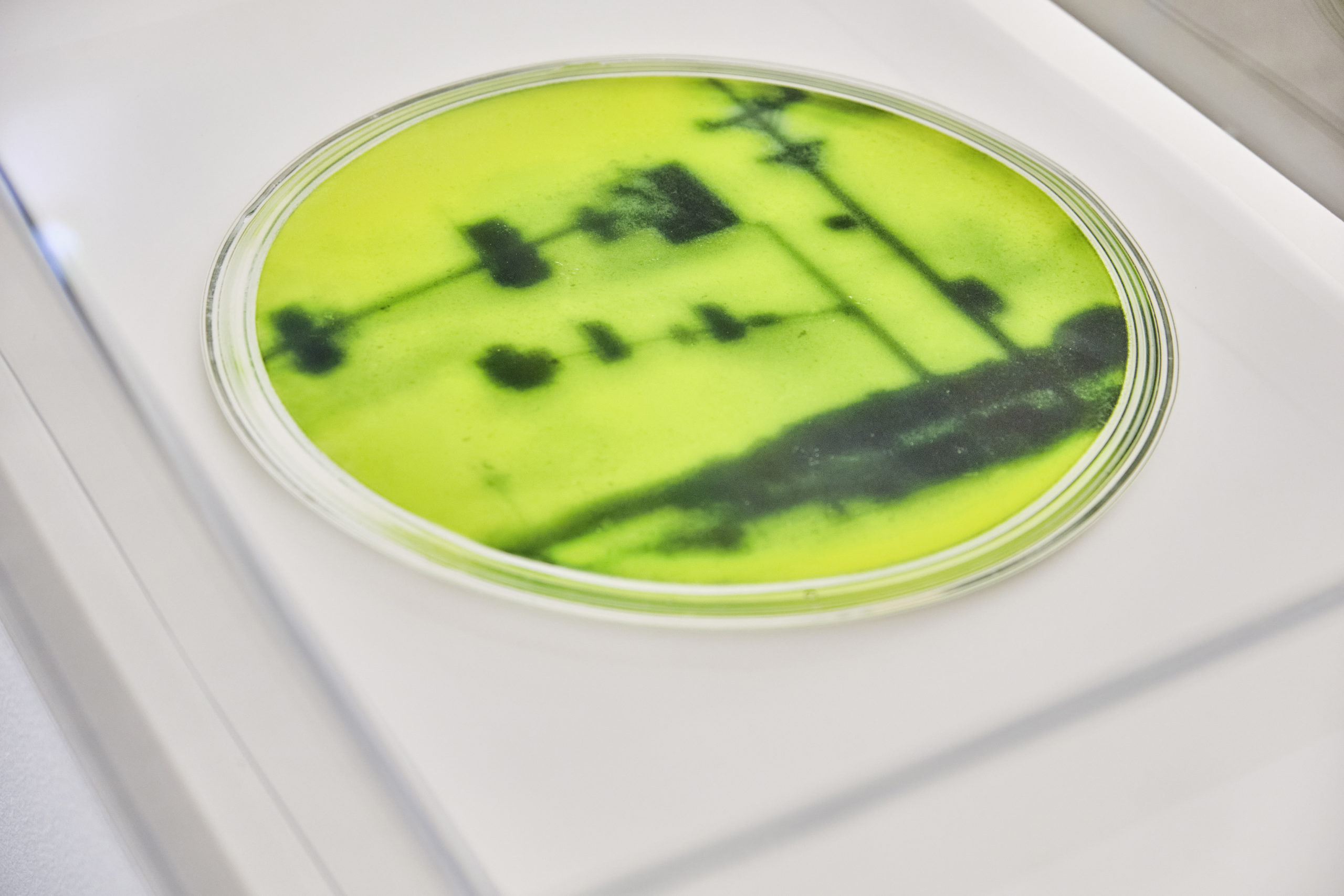 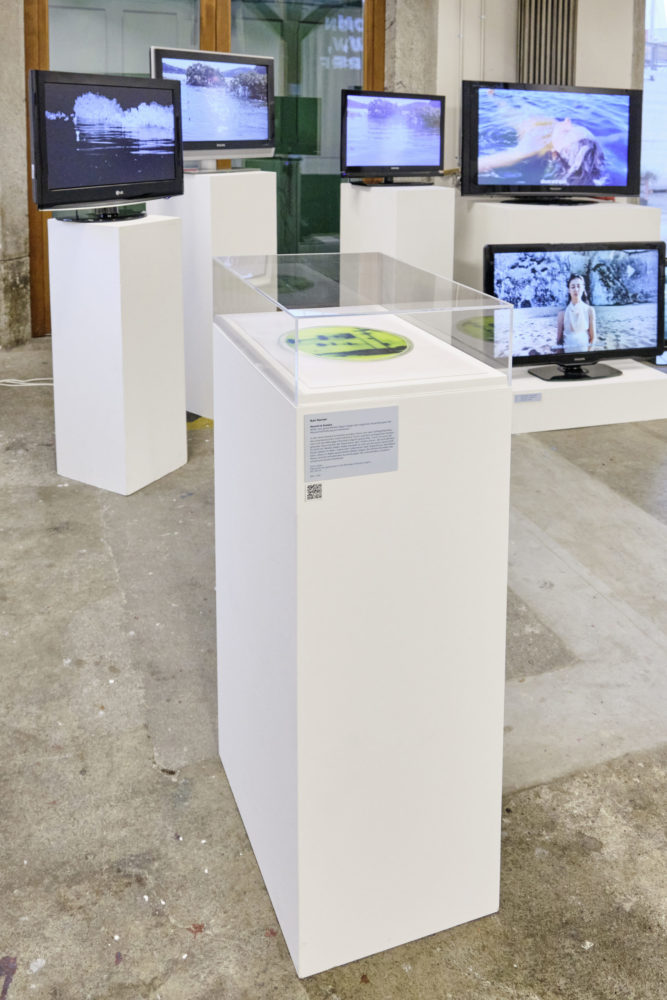 The gallery below shows the artist’s process making Monett&Sedalia. Captions in the text 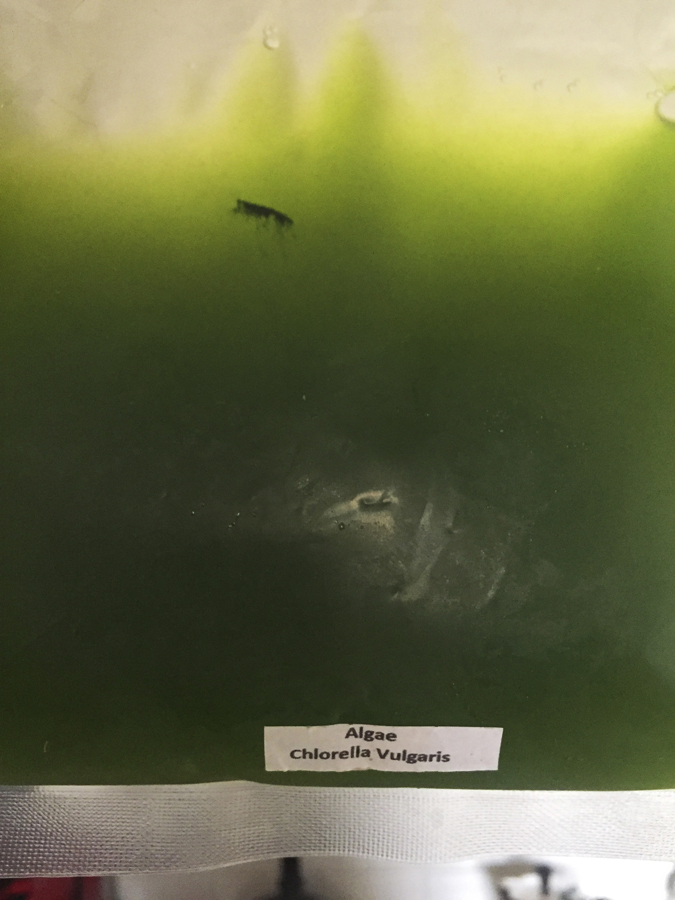 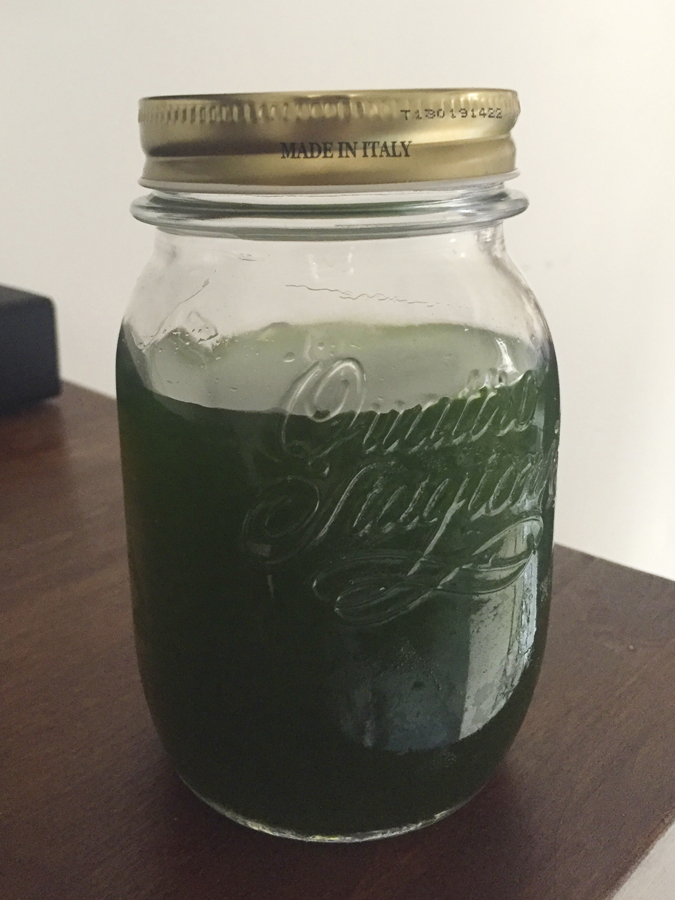 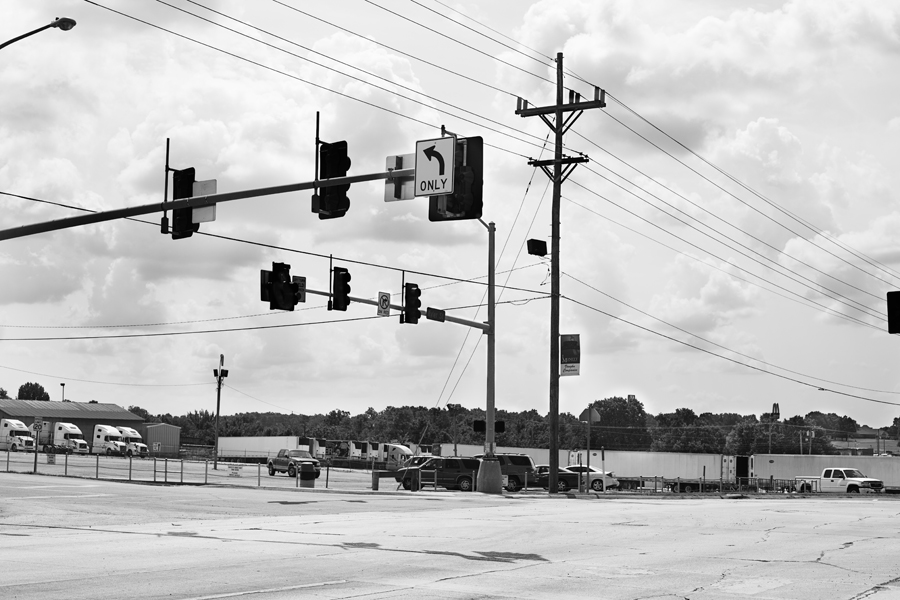 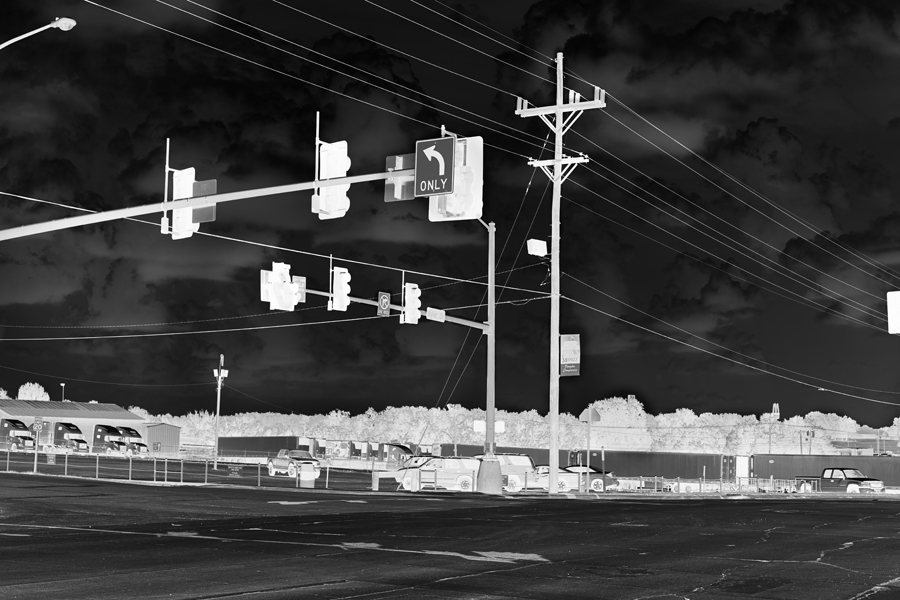 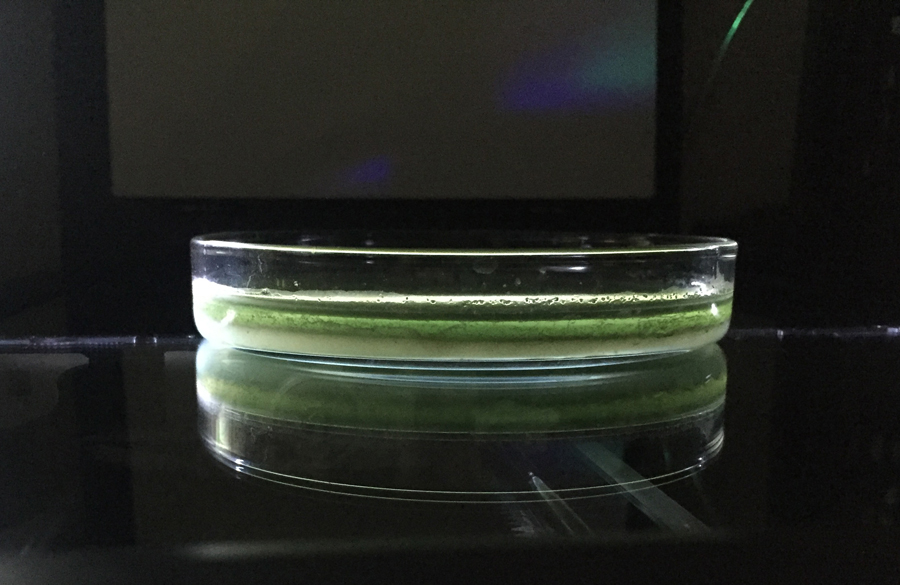 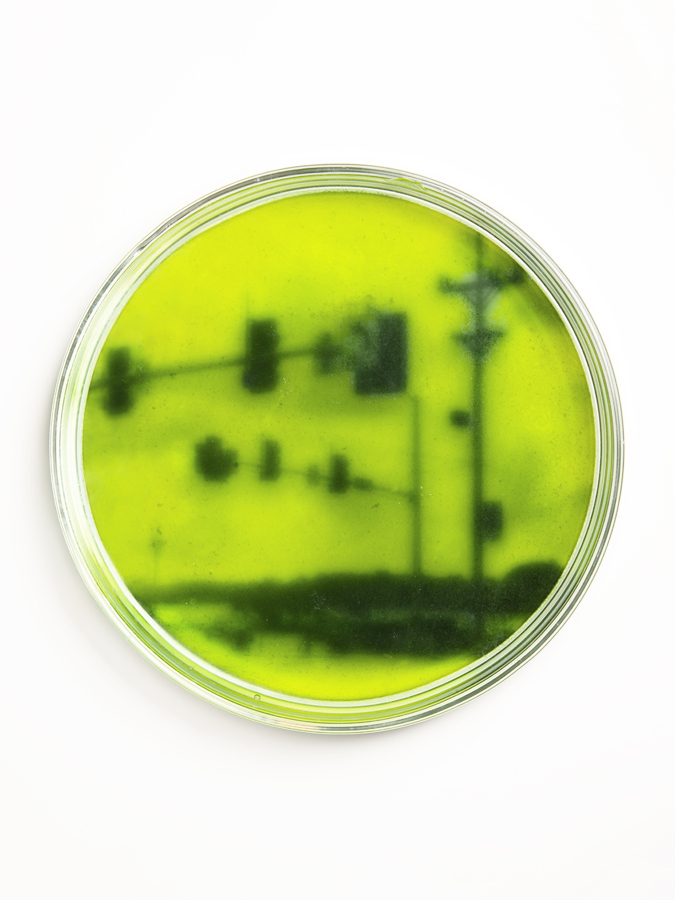 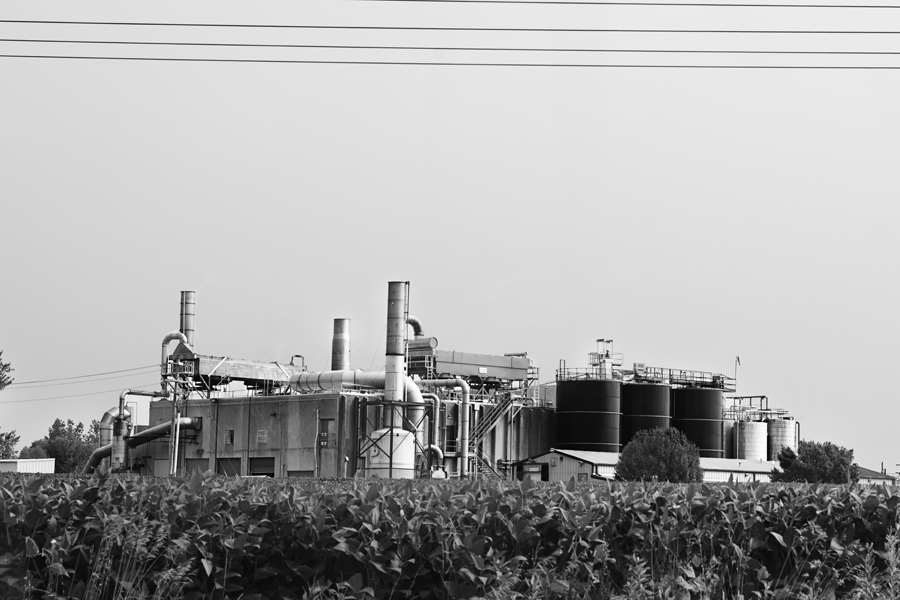 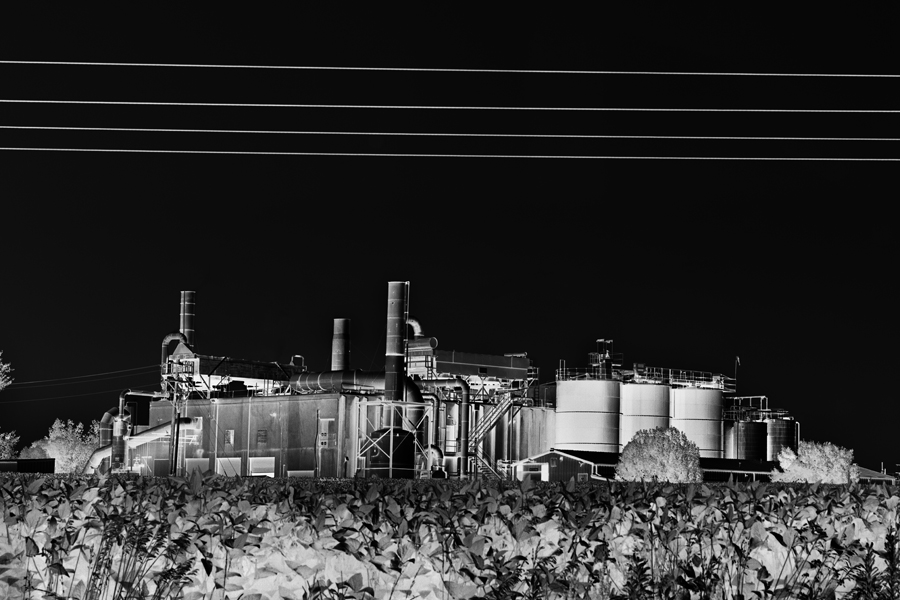 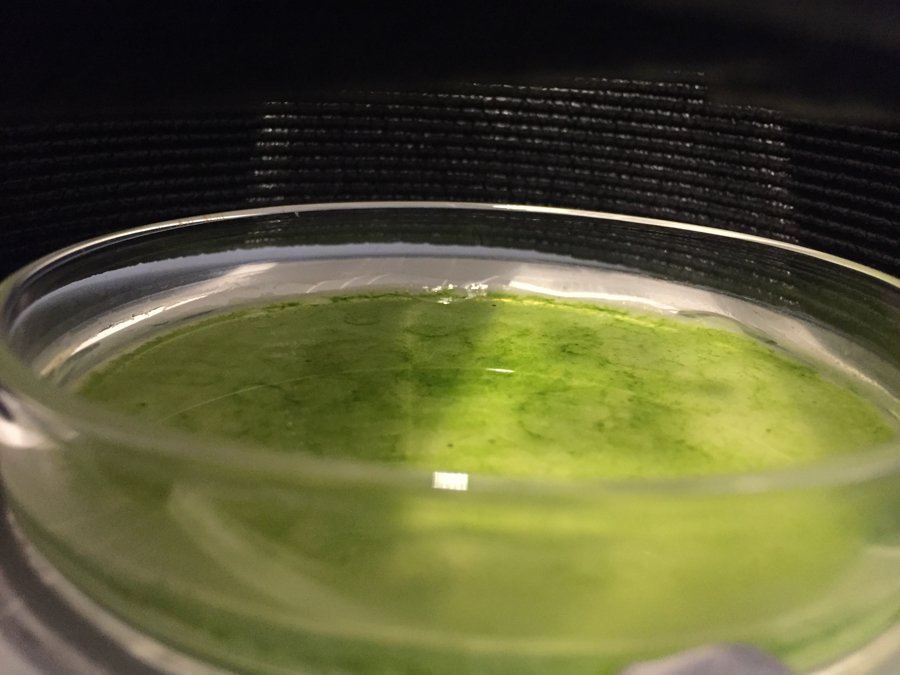 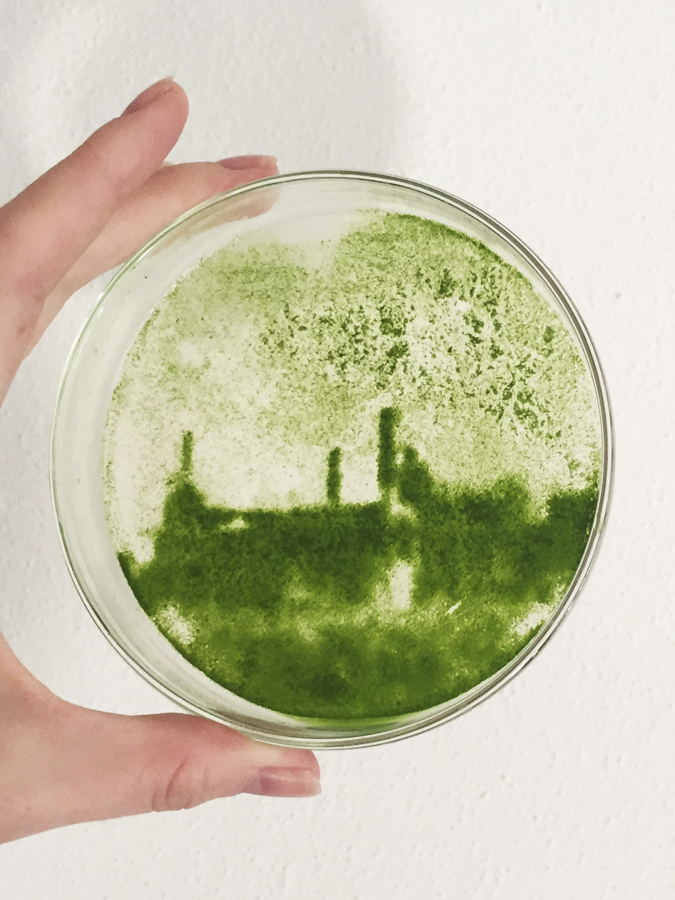 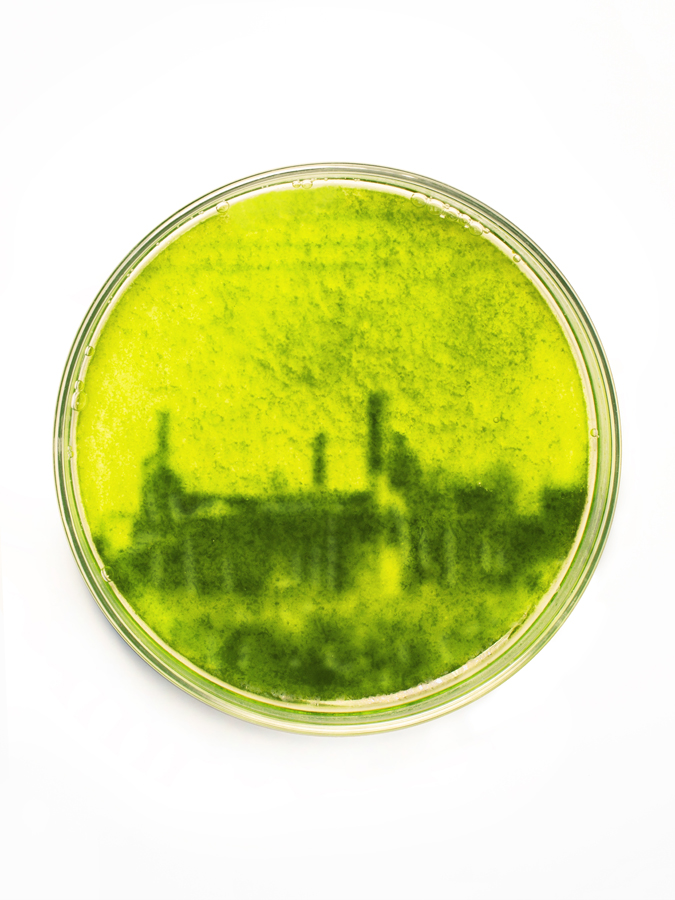 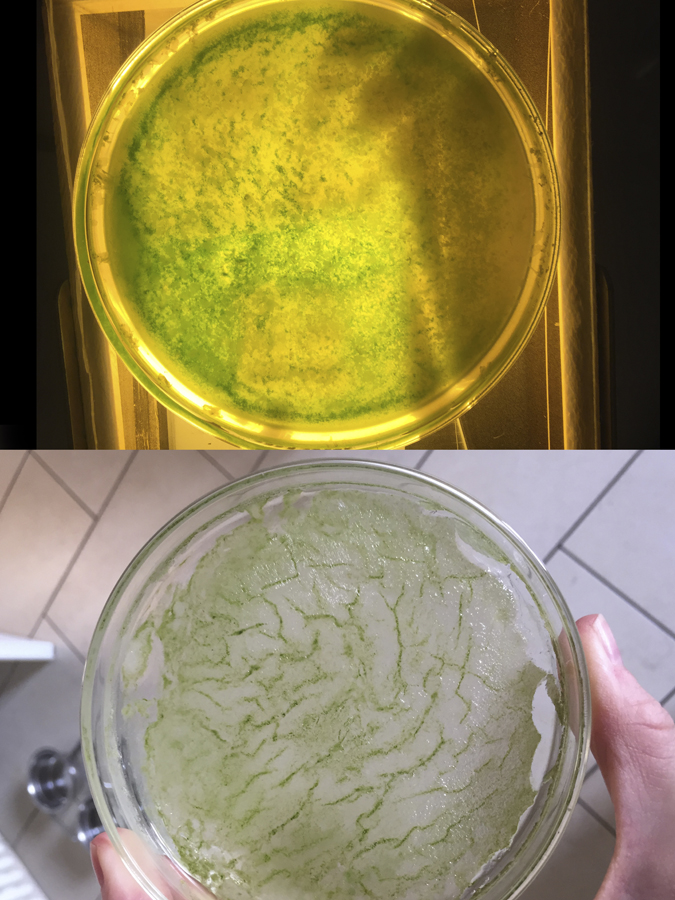 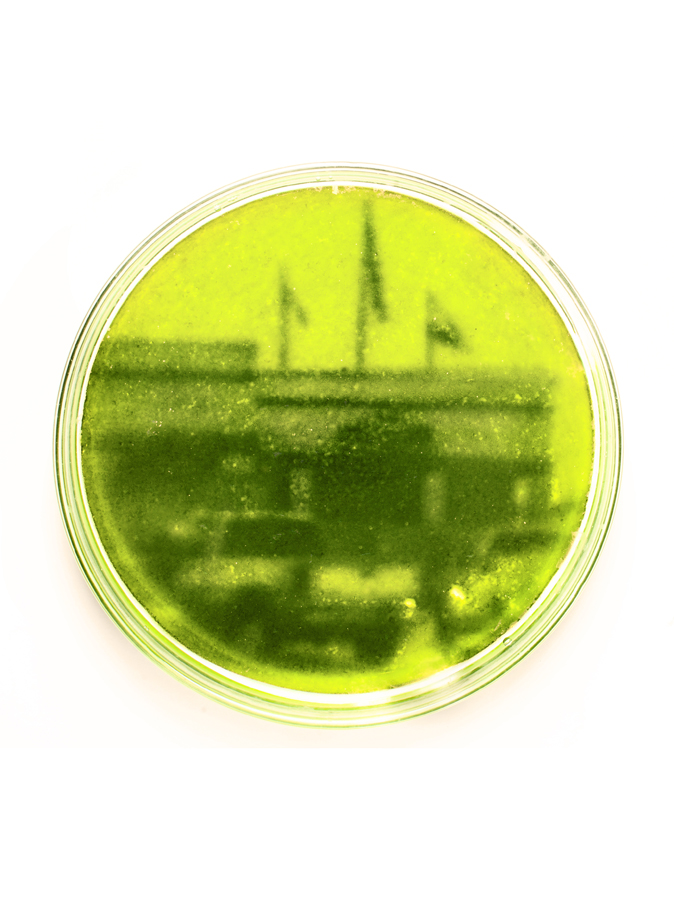 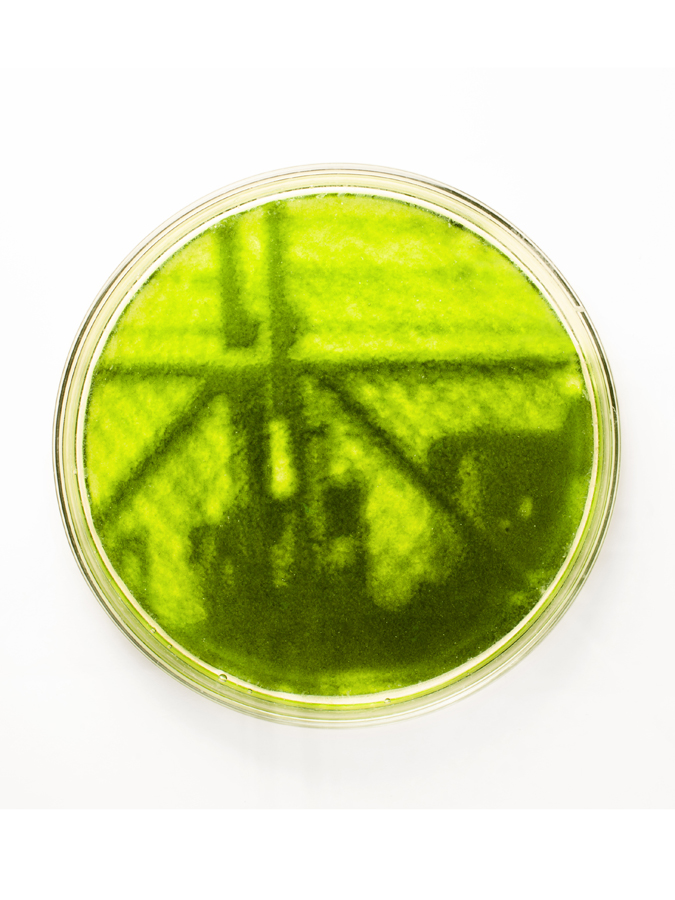