MÓN exists to create pioneering visual journalism concerned with environmental issues and human rights violations. The project was developed between Barcelona and Madrid to raise awareness about the environmental risks and problems that collectively implicate us as human beings.

With a local presence and international vision, MÓN aims to visually investigate the most pressing challenges facing our society such as climate change and the destruction of our environments whilst emphasizing the human impact of these phenomena.

Focused on portraying the stories of climate change, Jordi Jon Pardo is a documentary photographer and journalist based in Barcelona. His interest in the image started while studying photojournalism in the university, where he covered human, psychological and finally environmental conflicts. He has collaborated with several national newspapers such as El Periódico de Catalunya, El Nacional or Nació Digital. His images, such as the works on the desertification of Spain or the oil crisis in Albania, have been exhibited in different galleries in Spain, Finland, Germany, India or Bangladesh. 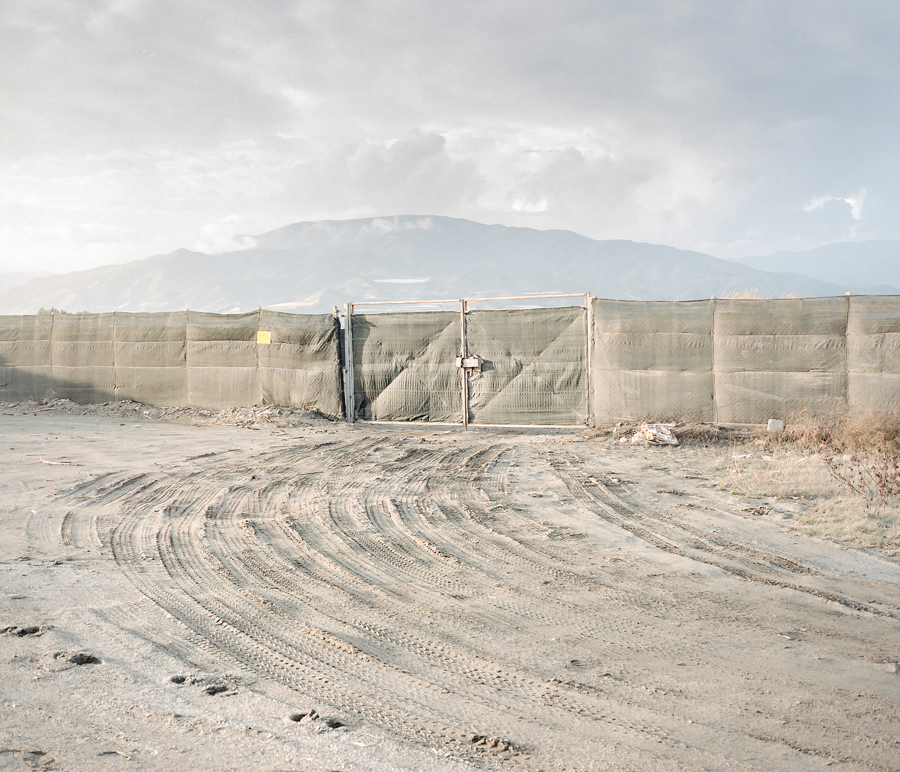 The entrance to one of the greenhouse fields of southern Spain, also known as ‘Mar de Plástico’ (Sea of Plastic), in the province of Almeria. Around the vicinities of Adra gates hide not just hectares of greenhouses but dying lands affected by waste pollution and chemicals. Adra, December 2019 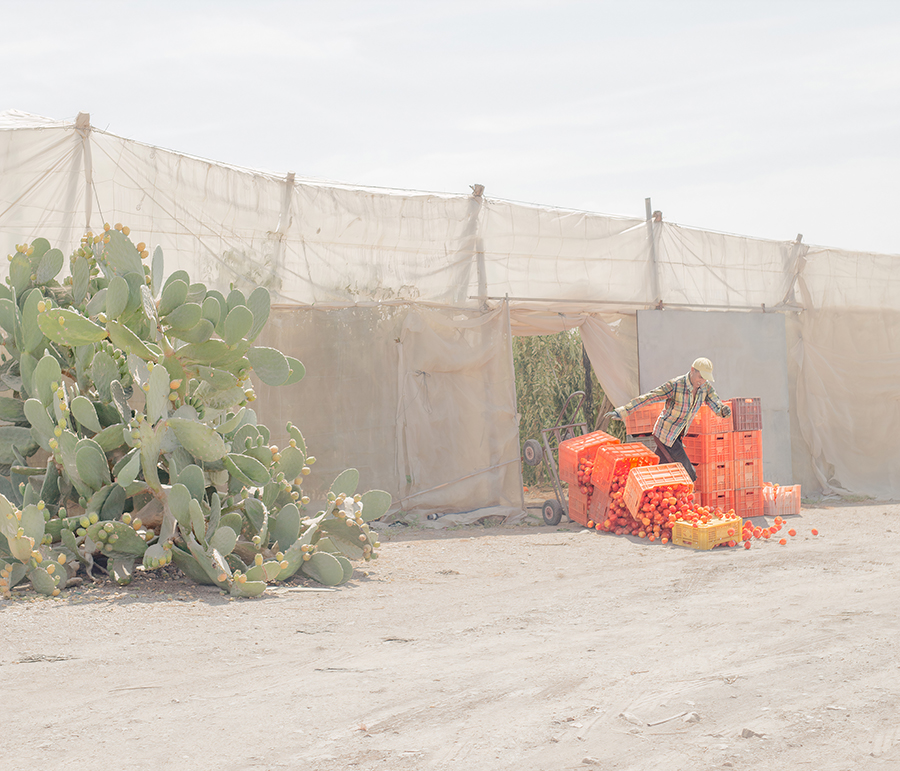 From Algier to AlmerÍA 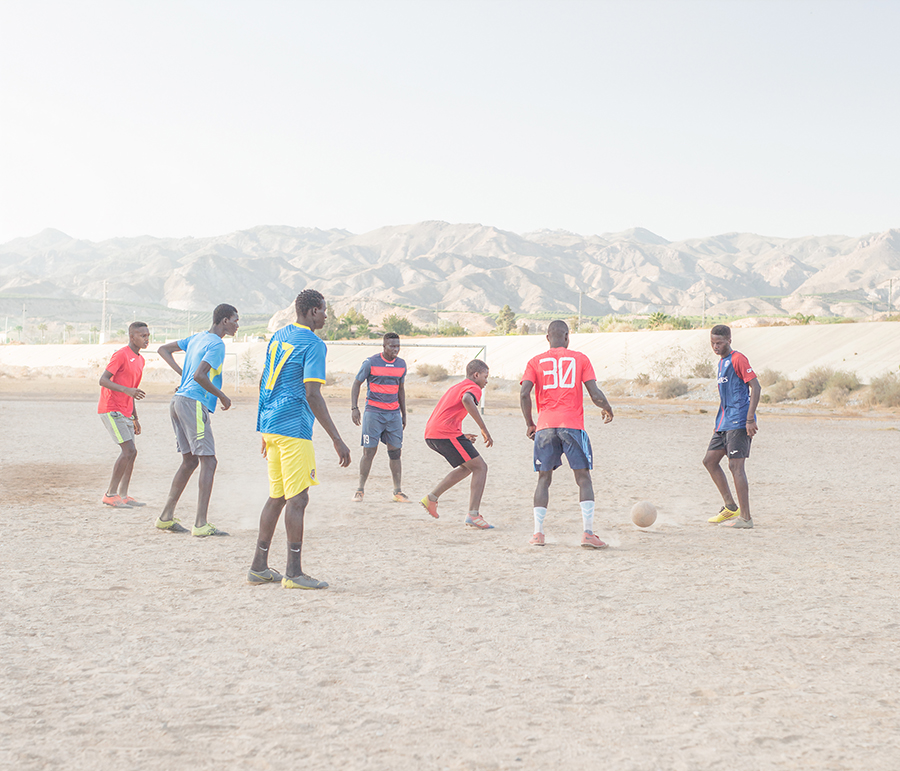 Instead of Water Flowing, there is Football

Some young people from Senegal enjoy a match every single day at 7pm except on Mondays in the outskirts of Cuevas del Almanzora in Almeria, Spain. The Almanzora river crossing the region is almost completely dried out due to droughts and agricultural industry practices. Several companies control the water flowing through this scarce land, leaving practically nothing behind. Cuevas del Almanzora, August 2020 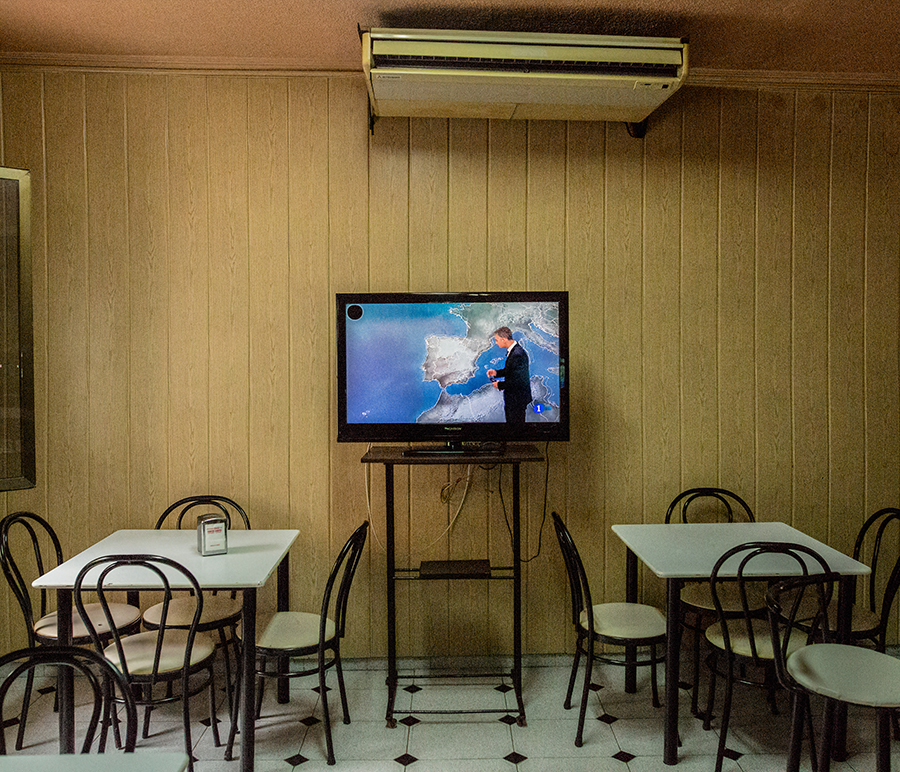 Pubs like ‘Emilio Bar’ from Benferri kept the TVs on for most of the time during the storms that wiped out the town, showing the news of the destruction in the background.  Benferri, September 2019 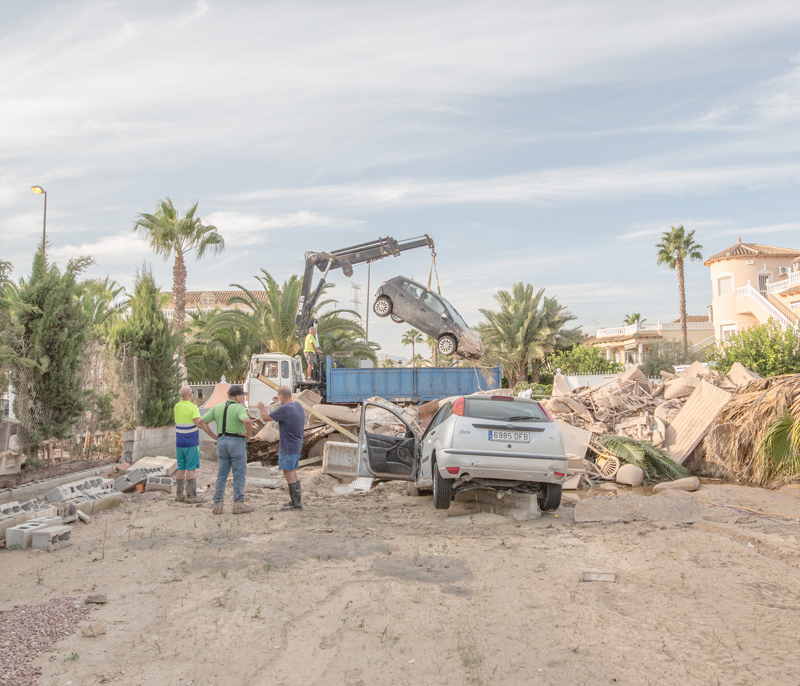 After a ‘Gota Fría’ (heavy rainfalls), some workers recover a car in a destroyed area of Benferri. Hundreds of cars have been carried away by the flood currents. Some owners spotted their vehicles in other towns, and some cars even got washed into the sea. Benferri, September 2019 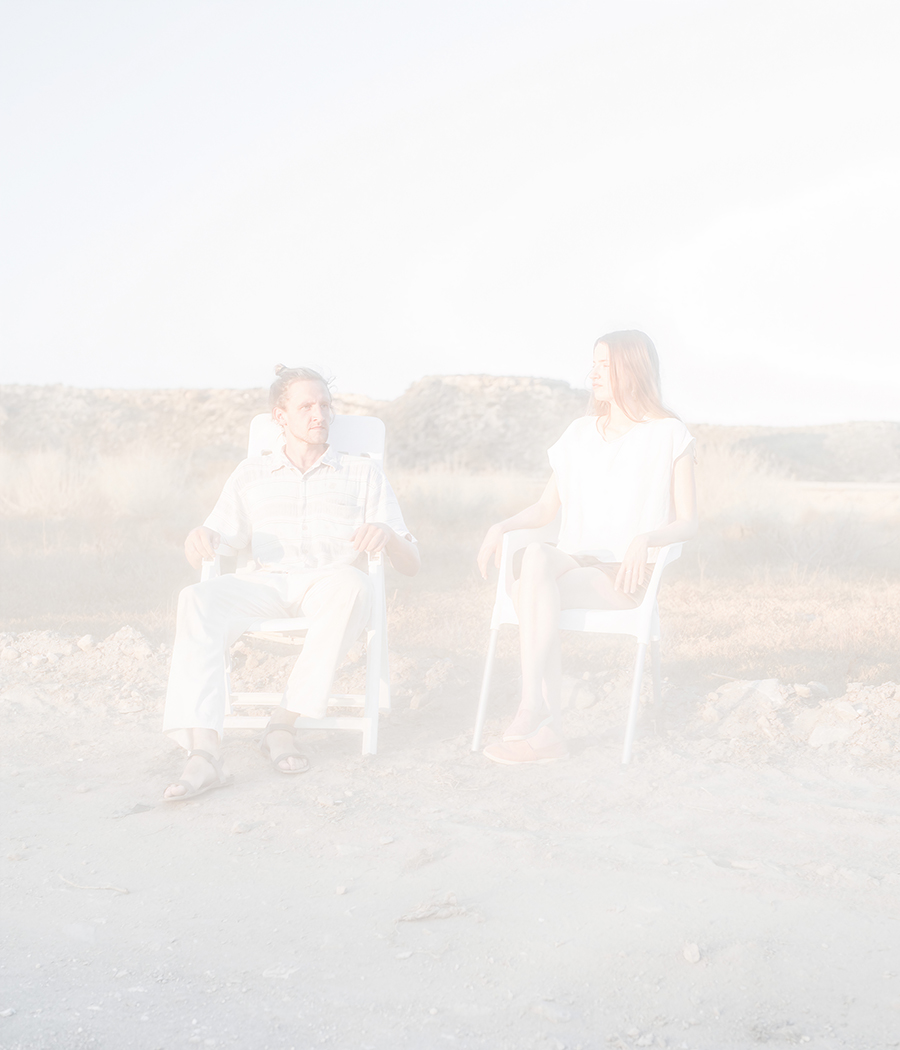 Eduard and Clara are a young German couple living in the desertic region of Pulpí from time to time. San Juan de los Terreros, August 2020