Writer, director and actress. Born in Spain from Swiss parents. Her first short film Biorxa, is now part of the collection of the Centre de Cultura Contemporánea de Barcelona (CCCB). She has written and directed shortfilms: The silence of Robert Capa, House of Hope and Wake (Best Short Film at the International Film Festival of Bilbao). She is the co-director of the feature film Aro Tolbukhin, in the mind of the killer, a co-production between Spain and Mexico in which she explored the combination of narrative and documentary languages (Best Script & Best Film in the Ariel Prizes 2002). Between 2003 and 2006 she directed for the Catalan TV3 two TV movies: Woman of Ice and Second Skin. As a documentarist and producer: Moving of the Circle (2009), Felix & Nati (2011) and Maria Talks (2017) in co-production between Artisan Films GmbH and Testamento Producciones. From 2011 to 2013 she worked funding Cine Institute, the first local film school in Haiti. During this period, she combined her pedagogical activity with the production of a filmic essay, Stand-In, an experimental de-construction of the cinematic language. In 2013 she moved to Zurich, city of her ancestors, to teach at the European Film Actors School (EFAS) and where she did a research at the University of the Arts (ZHdK) on non-linear narratives. She has also worked as a camerawoman and editor for other artists (Kaspar König, Futura Fundation, Ursula Biemann). Therese in Bits (2015-2019) is a filmic trilogy inspired by a character missing in the painting ‘Le Radeau de la Méduse’ (Géricault, 1819). L‘Horizon en Equilibre (Barcelona, 2015), Notes pour un Radeau Africain (Ouagadougou, 2017) and Therese & Thomas (Burkina & Switzerland, 2019). The latest has been shown at the Helmhaus Museum in Zurich. For each part of this trilogy she has worked along with migrants, students and non-professional actors. Her most recent project, Ayenan (2020) is a documentary film and a filmic installation that will be opening in Kaserne, Basel, in November 2020. It has been made in collaboration with the Colombian Indigenous communities of the Inga, Quillacinga and Siona people. 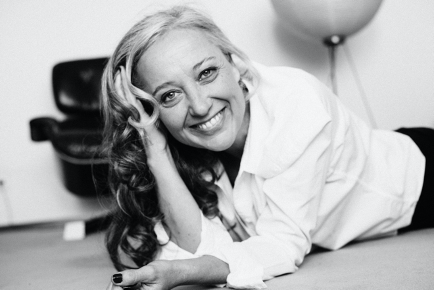